Wonderful day for racing at Lagoon Park RC Raceway with temperatures in the mid 90s.

A full field of ten (10) cars on hand for the race, there would have been eleven but yours truly was still suffering the effects of a scorpion stink the night before, so I ran the computer all day.

Held a brief driver's meeting to review NCS #1 - thanks for everyone's help. Also, put the final touches on the Boyd Hughes replacement Charity Race. Look for the official announcement soon!

Group 1 Heat Winners were Heat 1 Allen Johnson, Heats 2 & 3 Scott Harper who ran 5.9s in both of those heats the only sub six (6) seconds laps of the day.

Mike Clark swept all three (3) of heats in Group 2 and was the TQ of the Heats and also awarded the Bonus Point for TQ.

Lineup of the Main was:

There were 4 different Lap leaders during the running of the Main: Mike Clark, Scott Harper, Jerry Evans, and Allen Johnson.

At Lap 120 Mike Clark was as low as 7th and on lap 136 he took the lead from Allen Johnson and was the fastest car on the track and went on to take the Main Win and the Bonus Point for the Win. 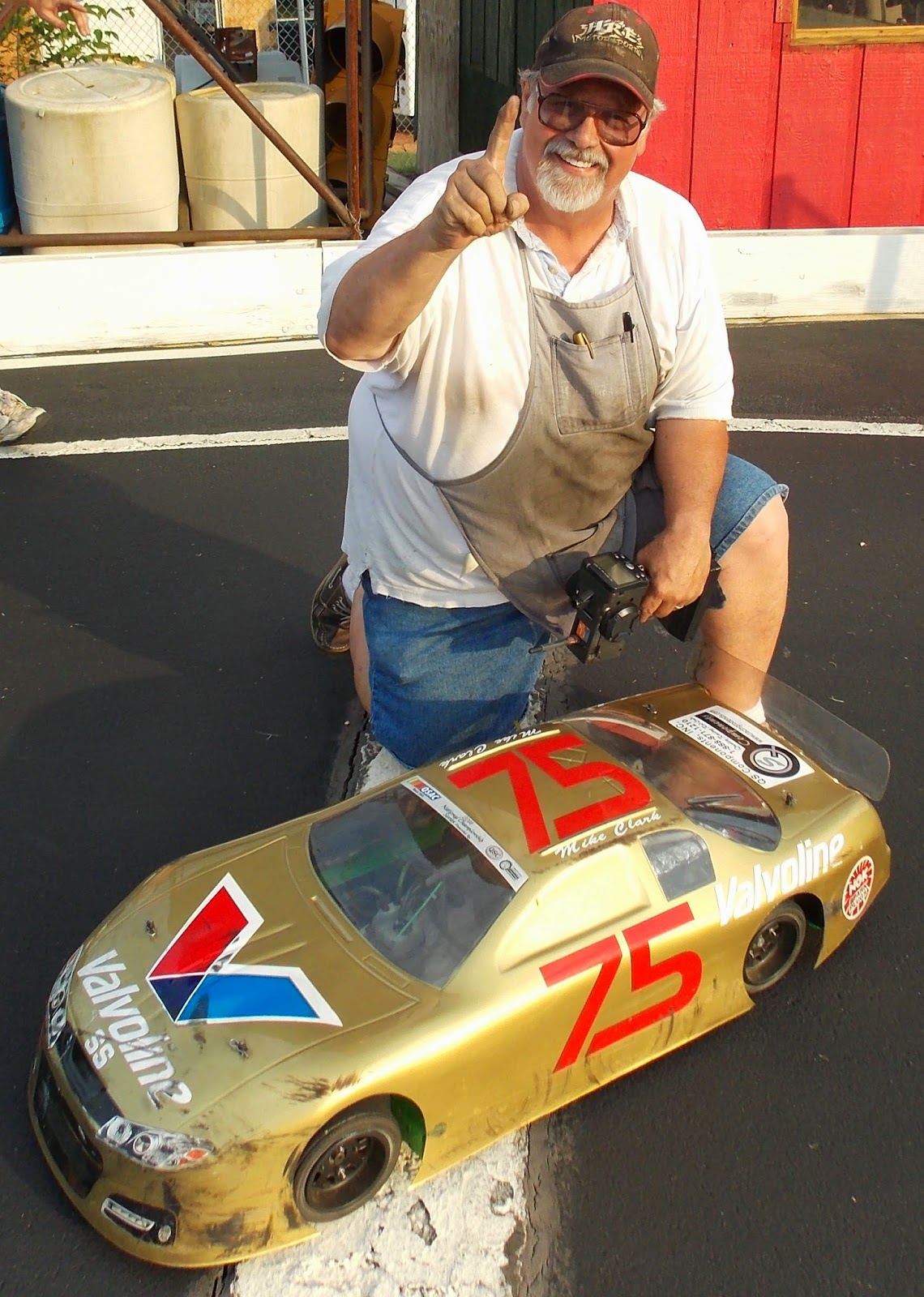 Posted by James Adamson at 4:54 PM