Seven (7) cars were on hand for the Non Points Race #10, not a bad turnout considering three (3) of the regulars were either on vacation, and/or occupied by other family responsibilities.

Group 2 Heat Wins were Heats 1 & 2 Woody Trimble (TNT) and Heat #3 by James Adamson (PRO 1). Fast Laps for Heats: 1 – Woody Trimble 6.423, 2 – Woody Trimble 6.568 and 3 – Eddie Dunn 6.345 seconds. Heat 3 was the race of the day as there were several times where the drivers were actually three (3) wide and on all occasions no one wrecked! There were 8 different lead changes all under green flag conditions and the final separation at the finish across the field was just 2.239 seconds.


Jerry Evans would stay out front until till the fuel brake at Lap 75. Wayne Rogers was the biggest mover and was 2nd, 3rd was Woody Trimble, 4th James Adamson, 5th Eddie Dunn and 6th Tim Smith. The Top 4 were on the lead lap.
James Adamson’s belt had started stripping and after further inspection there was additional mechanical issues and James would not make the 2nd half restart and finished 6th.
Tim Smith was then bitten by the mechanical bug a few laps later and finished 5th.
Jerry Evans would continue in 1st but Wayne Rogers was running the faster lap times, however Jerry was holding Wayne off by running slightly more consistent times. On Lap 132 Wayne ran his Fastest Lap of 6.191 seconds. Three (3) laps later Jerry would run his fastest lap in a time of 6.213 seconds.
There was a late race restart after a caution and on lap 146 and Jerry Evans got a little loose in turn 2 allowing Wayne Rogers to get by him for 1st. Wayne Rogers withstood the pressure applied by Jerry and took the win by 0.947 seconds.
Fast Lap of the A Main was Tim Smith with a time of 6.084 seconds on lap 53. 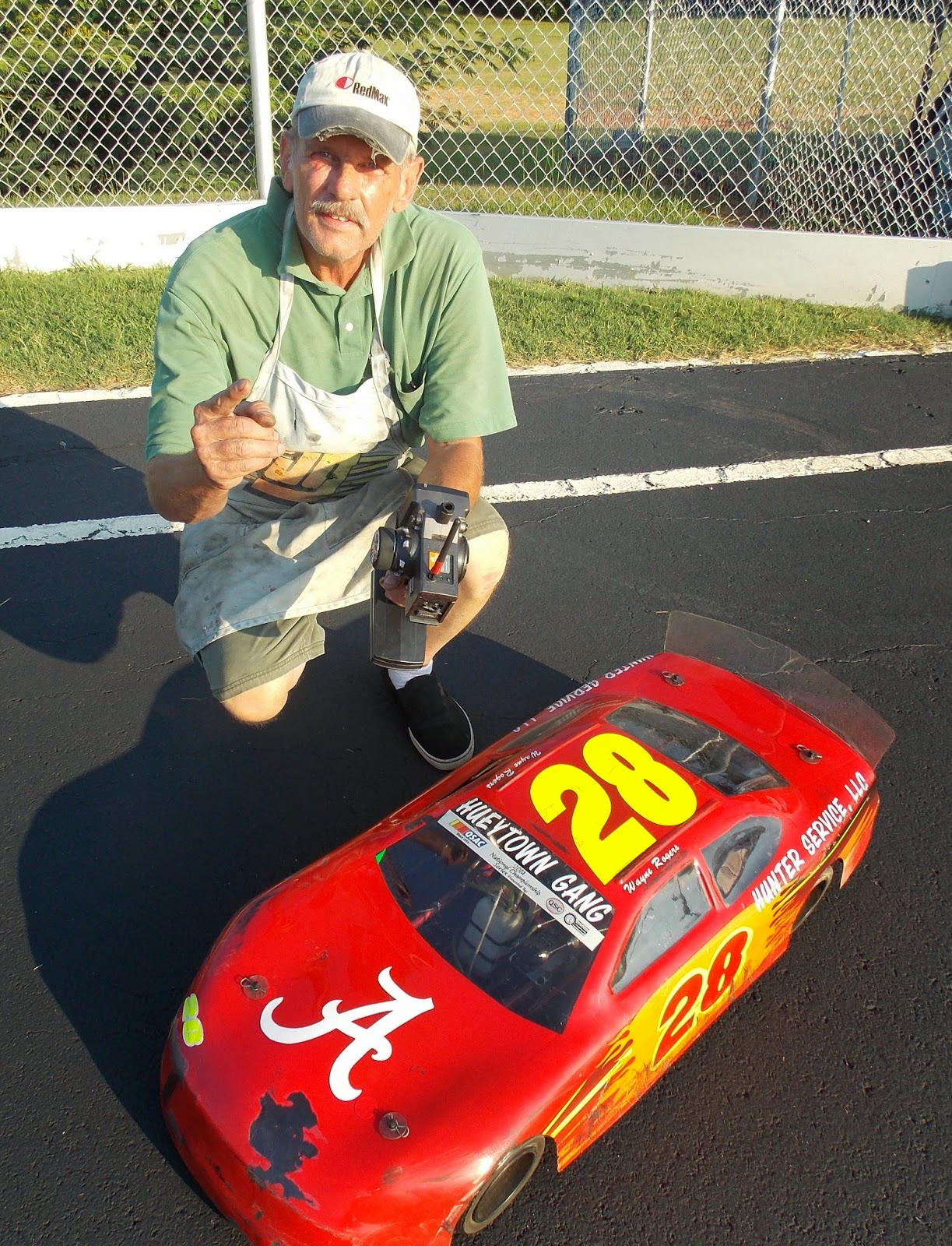 Posted by James Adamson at 6:49 PM