There was a very good turnout with a full complement of ten (10) cars were on hand for Points Race #1 the second race of the 2015 Season. The temperature was fantastic in the upper 70’s.

Cliff Scales had a new driver ride with him to the track and everyone welcomed Evan Bernard to the Lagoon Park Raceway. Evan had only ran once before at the Winter Nationals and he got out on the track and ran in the 6.6 range in practice which is very fast for a limited experienced driver in ¼ Scale. His fastest lap was 6.455 seconds in Heat #1 very respectable. Great Job Evan.

For the 2nd race we continued our preparation for the QSAC NCS#1 on April 24th-25th and we ran a timed qualifying session. The upgraded software has a great feature which will list the fastest lap of each driver LIVE on one screen which is great and we found out one way to print the screen is to use the “PRT SC” button which in Windows 8 autosaves the screen to the Pictures Folder under This PC directory.

James Adamson would drop out on Lap 19 leaving the other drivers in the Bump Up positions.

Winner of the B Main was David Popham in a Lightning, 2nd Eddie Dunn, 3rd Evan Bernard, and 4th James Adamson.

Wayne Rogers would lead the 1st Lap but got out of the grove and dropped back with Scott Harper taking the Lead.

Scott Harper pulled his car off the track on Lap 36 with servo issues finishing 9th and Jerry Evans would now be in 1st.

Eddie McCray would drop out on Lap 46 finishing 8th.

By Lap 110 Jerry Evans had moved back up to 2nd and started pushing hard to catch Mike Clark. Jerry pushed a little too hard and brought out the caution on 146.

There would be a Green – White – Checker Flag for the Win of the A Main.

The tension was high as there were still 5 Cars on the Lead Lap.

Biggest mover of the A Main was both David Popham 7th to 2nd, and Eddie Dunn 8th to 3rd. 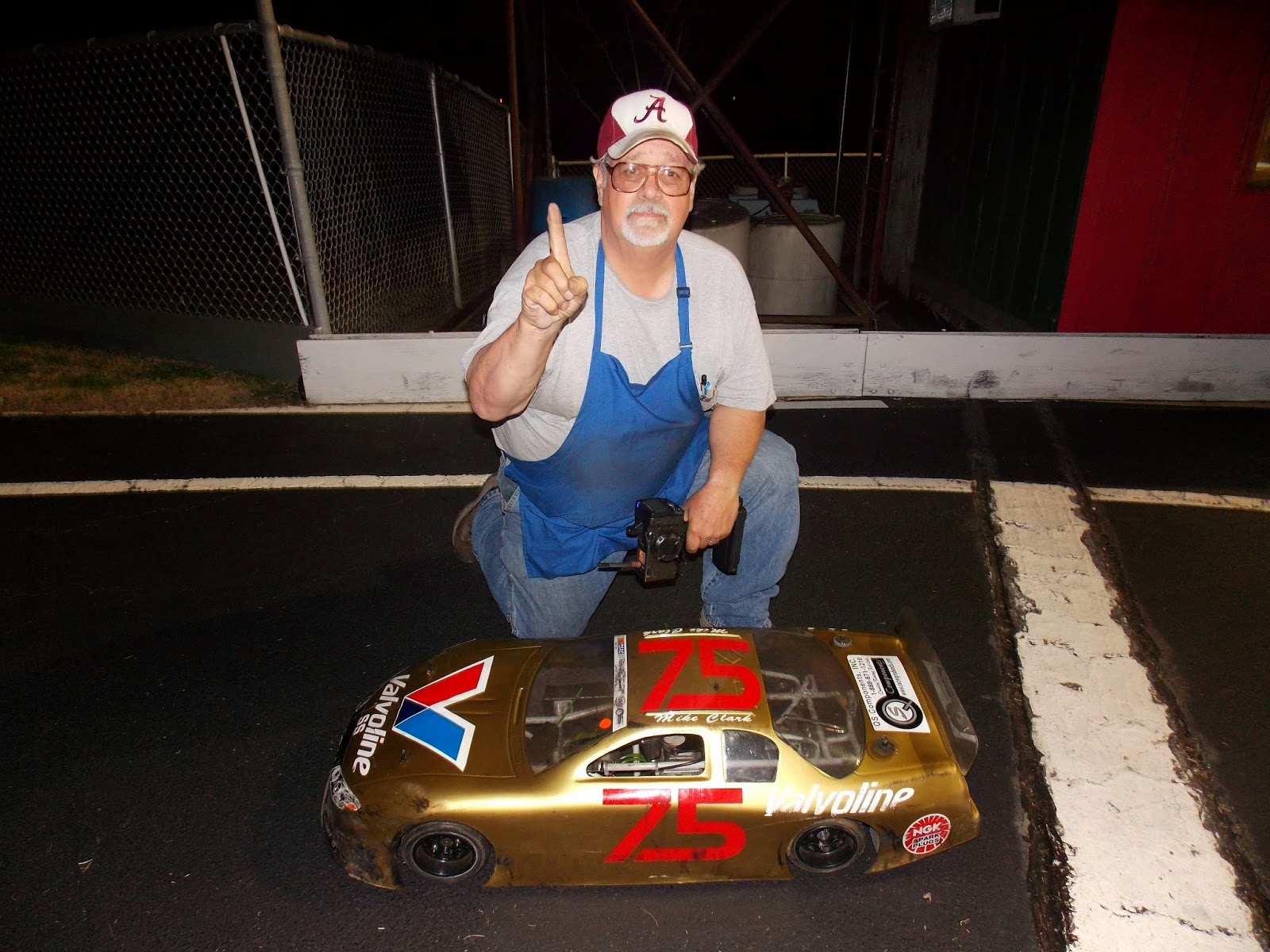 Posted by James Adamson at 8:46 PM